U.S. Says Accused Syria of Chemical Weapons Attack In May 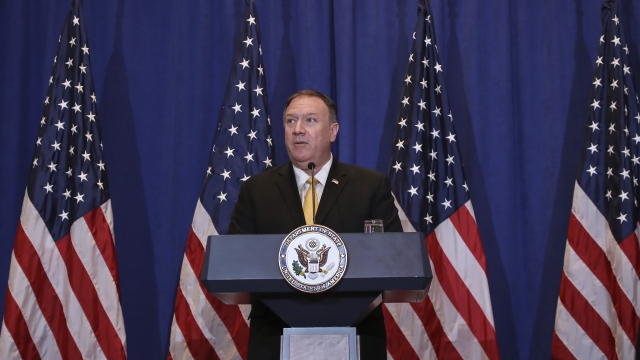 Secretary of State Mike Pompeo says the attack in May was a chemical attack likely using chlorine.

The U.S. is accusing the Syrian government of using chemical weapons in an attack in northwest Syria last May.

Secretary of State Mike Pompeo made the announcement Thursday saying it was possibly a chlorine attack.

"This attack was part of the Assad regime's ongoing violent campaign in Idlib," said Pompeo.

Since the conflict broke out in 2011, hundreds of thousands of people have died amid ongoing violence in Syria. About 13 million Syrians have been forced to flee their homes, with about half leaving the country.

The U.S. said Thursday it will provide an additional $4.5 million to the Organization for the Prohibition of Chemical Weapons so it can continue to investigate the use of chemical weapons in the country.

"The United States will not allow these attacks to go unchallenged, nor will we tolerate those who choose to conceal these atrocities," Pompeo told reporters.