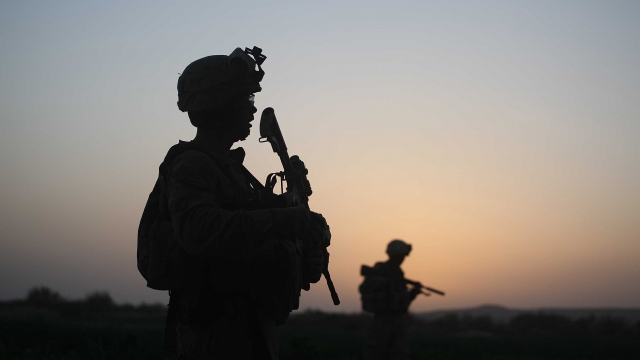 The Department of Defense said it approved the additional troops at the request of U.S. Central Command.

Days after President Donald Trump announced a troop withdrawal in Syria, the Department of Defense announced it's sending additional troops to Saudi Arabia.

The Department of Defense said Friday it approved the additional troops at the request of U.S. Central Command.

The rampup in deployments to Saudi Arabia began in response to attacks on two major Saudi oil facilities on Sept. 14 that Iranian-backed Houthi rebels in Yemen claimed responsibility for.

Chief Pentagon Spokesperson Jonathan Hoffman said, "The United States does not seek conflict with the Iranian regime, but we will retain a robust military capability in the region that is ready to respond to any crisis and will defend U.S. forces and interest in the region."

Congress appears to oppose the president's plan to withdraw troops from Syria. They sent him a letter urging him to reconsider, warning pulling troops from the region could leave Syrian Kurds open to attack. On Wednesday, Turkey began launching an offensive against the Kurdish People’s Protection Units and the Kurdistan Workers Party.