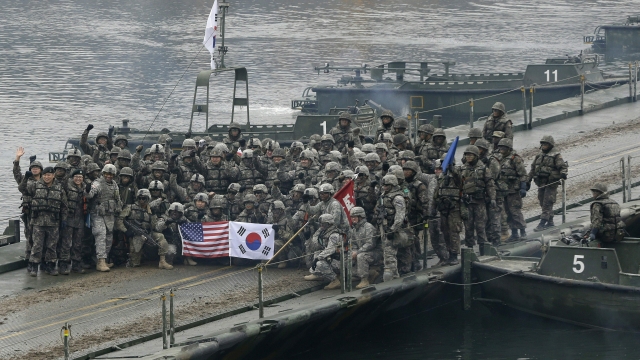 The U.S. and South Korea are planning to scale down their annual joint military exercises due to the coronavirus.

The drills — which involve tens of thousands of soldiers — are scheduled for Aug. 16-28 and will mostly be done using computer simulation.

President Donald Trump suspended the joint drills last year, criticizing the large-scale exercises as being too costly. But the U.S. walked it back a few months later, saying the exercises were still on but would be scaled-back.

North Korea has criticized the joint exercises as a "rehearsal for war."