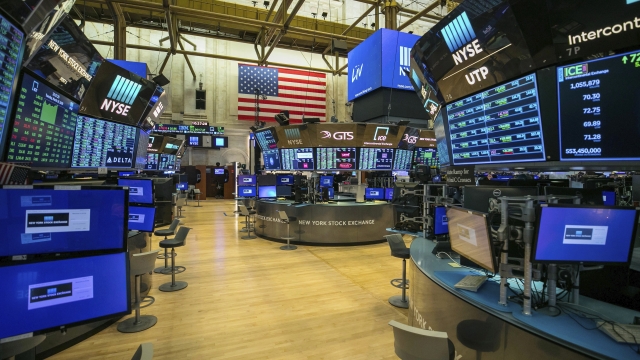 The Dow recorded its biggest single-day point gain since 1933.

The Dow Jones Industrial Average went up by more than 2,100 points Tuesday, its best day in 87 years.

Before the surge, lawmakers announced they were closer to passing a stimulus bill to stabilize the U.S. economy. The bill includes money for individual Americans, small businesses, the travel industry and other industries hamstrung by the coronavirus.

But will it last? The stock market has seen increases like this before, but markets fell back down again within a few days. According to The Associated Press, the S&P 500 has had six days since Feb. 20 where stocks rose, but then fell the next day.

Additional reporting by Stan Choe and Damian J. Troise of the Associated Press.