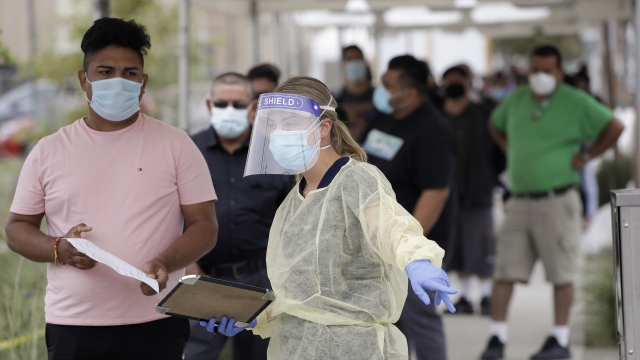 California, Florida, Texas, New York and Georgia account for more than 40% of the nation's tally.

The U.S. has now seen more than 5 million reported cases of the coronavirus, according to Johns Hopkins University. That's about a quarter of the number of reported cases worldwide.

This comes just days after President Donald Trump declared in a press conference that the pandemic is "disappearing."

Lawmakers still haven't been able to agree on the new coronavirus stimulus package being negotiated in Congress. So, on Saturday, Trump signed an executive order to extend the relief aid himself.

The order calls for $400 weekly checks for unemployed Americans – $200 less than the initial stimulus package. It would also suspend payroll taxes being collected for people who make less than $100,000 a year – a move both sides of Congress have rejected – and it includes a memorandum on student loan payment deferments. But, Congress has authority over how federal funds are spent which means Trump's order faces opposition.