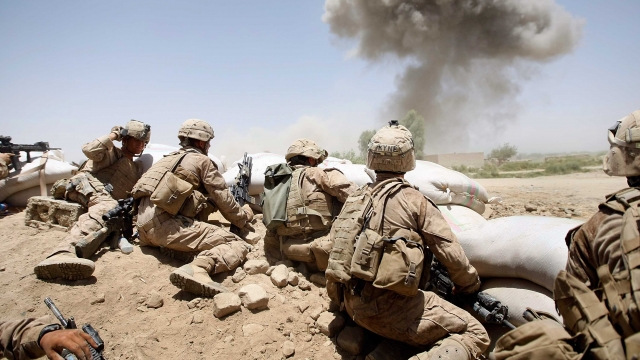 The U.S. and the Taliban have reportedly come to an agreement that would put an end to America's longest running war.

U.S. special envoy Zalmay Khalilzad told Afghanistan's TOLOnews Monday the two sides have reached a deal "in principle." But he added nothing is final until President Donald Trump gives his seal of approval.

Here are the details, according to Khalilzad. The U.S. will pull 5,000 troops from five bases in Afghanistan within 135 days — if the Taliban meets the conditions laid out in the deal. Those conditions include a reduction in violence and a guarantee that Afghanistan won't be used as a base for militant attacks on the U.S. and its allies.

But the agreement doesn't include language for an official ceasefire. And that has some worried that it won't do much to stop the bloodshed that's been escalating in Afghanistan in recent days.

In fact, not long after Khalilzad's interview with TOLOnews, a massive blast shook the Afghan capital of Kabul. The Taliban claimed responsibility for the bombing, which left at least 16 civilians dead and dozens others injured.

A Taliban spokesperson told the Associated Press: "We understand that peace talks are going on ... but they must also understand that we are not weak and if we enter into talks ... we enter from a strong position."

There are approximately 14,000 American troops currently stationed in Afghanistan.