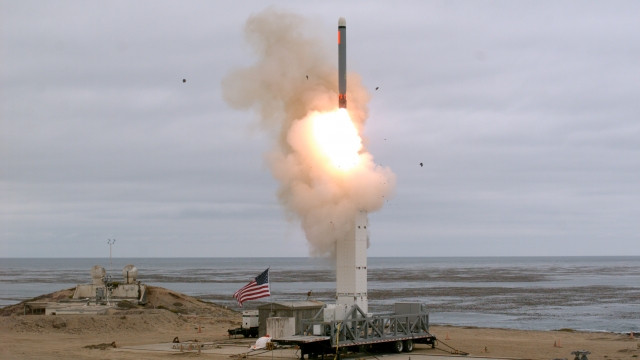 The Defense Department said this missile launch would have been prohibited under the Intermediate Range Nuclear Forces Treaty.

The Defense Department conducted a test flight for a ground-launched cruise missile in California Sunday that it said would have previously been prohibited under a Cold War-era treaty with Russia.

The Pentagon said the test was successful and the missile hit its target "after more than 500 kilometers of flight." That's about 310 miles.

The department said that data collected from the test will "inform the Department of Defense's development of future intermediate-range capabilities."

The U.S. officially withdrew from the 1987 Intermediate-Range Nuclear Forces Treaty with Russia earlier this month. The decision came after years of accusing Russia of violating the treaty, though the Kremlin has denied the allegations. The U.S. reportedly also plans to test an intermediate-range ballistic missile in November.