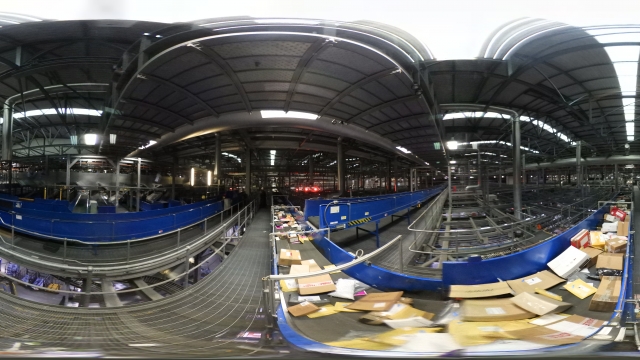 Trump administration is threatening to pull the United States out of a 192-nation United Nations body that governs international mail service.

A potential new battleground in the U.S.-China trade war could have a major impact on the international postal system.

That's because the Trump administration is threatening to pull the U.S. out of a 192-nation United Nations body that has governed international mail services for 145 years.

The Universal Postal Union is holding emergency meetings in Geneva to stave off a U.S. withdrawal it claims could imperil the global system. It warns that it could strand mail and package deliveries and potentially force rejection of mail shipments with U.S. stamps.

The reason for this is the Trump administration's demand to throw out a postal fee scale it claims favors China. President Trump's trade adviser, Peter Navarro, says the U.S. is prepared to bolt from the Universal Postal Union if it doesn't get its way.

Navarro says the rates give Chinese companies an unfair advantage over global competitors. He said: “We lose hundreds of millions of dollars a year [and] we lose tens of thousands of jobs a year and the factories and the growth associated with that."

But the Universal Postal Union director general, Bishar Hussein, calls a U.S. withdrawal a "nightmare scenario," saying, "a major disruption is on the way if we don't solve the problem."

He said: “If United States leaves, you will get those piles [of mail] you are talking about for sure, because somehow every country has to figure out how to send mail to the United States — because the traditional system will completely shut down."

Delegates of the Universal Postal Union voted 78-57, with 9 abstentions, to reject a U.S.-backed plan to change the international rate structure. Hussein says he remains "very optimistic" a deal can be reached, despite his warnings over dangers of a U.S. withdrawal.