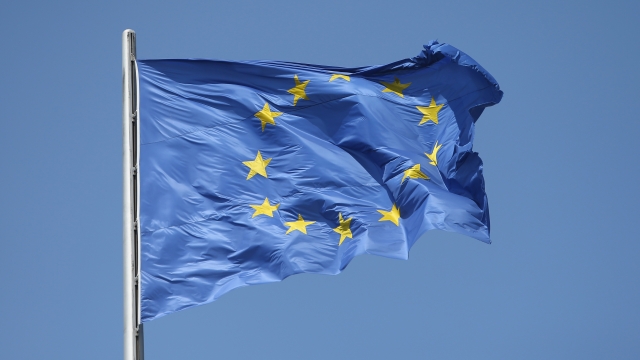 The $7.5 billion award comes after a 15-year dispute over aircraft subsidies.

The U.S. will move forward with plans to impose $7.5 billion in tariffs on European Union goods annually, following an arbitration award from the World Trade Organization.

According to the Office of the U.S. Trade Representative, Wednesday’s arbitration award is the largest in the World Trade Organization’s history. It comes in response to a yearslong dispute between the EU and the U.S. in which the U.S. alleges EU countries gave Airbus an edge with subsidies that negatively impacted Boeing. The Trump administration says it will impose 25% tariffs on certain EU agricultural exports and 10%    on European-brand aircraft.

In a statement, a U.S. Trade Representative Robert Lighthizer said, "Accordingly, the United States will begin applying WTO-approved tariffs on certain EU goods beginning October 18." He added, "We expect to enter into negotiations with the European Union aimed at resolving this issue in a way that will benefit American workers.”

So how did we get here? In 2004, the U.S. submitted a complaint to the WTO, saying the EU and four of its member states gave illegal subsidies to aircraft manufacturer Airbus over an almost 40-year period and that this hurt the U.S.'s civil aircraft industry. The EU filed one of its own, as well as an additional complaint in 2005 accusing the U.S. of the same thing, arguing that the U.S. gave Boeing billions in subsidies. Both the U.S. and EU argued these actions go against the WTO’s Agreement on Subsidies and Countervailing Measures.

This turned into a massive game of he said, she said, between the U.S. and EU, with both saying the other wasn't following the directives from the WTO. So in June, WTO called in an arbitrator to help settle the dispute.

According to the Office of the U.S. Trade Representative, the arbitrator's decision is final and not subject to appeal. On Wednesday, the U.S. requested that the WTO schedule a meeting on Oct. 14 to approve a U.S. request for authorization to take countermeasures against the EU.

The European Commissioner for Trade said in a statement that "if the U.S. decides to impose WTO authorized countermeasures, it will be pushing the EU into a situation where we will have no other option than to do the same."

On top of that, WTO will likely rule in the coming months on the EU's own request to levy tariffs on the U.S. over its aid to Boeing.