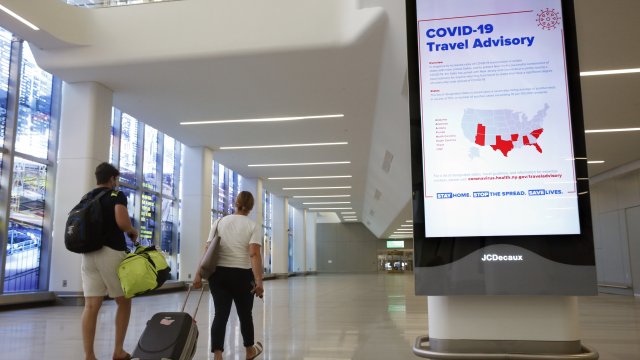 The American travel industry is asking Congress for billions of dollars in federal grants.

In a letter to Treasury Secretary Steven Mnuchin on Friday, the U.S. Travel Association requested $10 billion to help promote safe practices, new liability protections and tax credits for travelers. It also called for $13 billion in emergency assistance for airports in the country as a result of the COVID-19 pandemic.

The group said the travel industry has lost 51% of its workforce, which makes up 38% of the total jobs lost in the country amid the economic downturn due to the virus.

One airline, Delta, is seeking employee concessions to preserve jobs. On Friday, Delta told pilots it would avoid furloughs if they agreed to reduced guaranteed minimum pay. A company executive said Delta proposed reducing pilot pay by 15% for 12 months in exchange for a ban on furloughs for a year.

British Airways is seeking to cut costs by retiring its entire fleet of Boeing 747s four years ahead of schedule. The company has slashed 16,000 jobs.

In March, Congress approved $32 billion for the aviation industry to keep workers on payroll through September 30. But the push for more funds comes after American, United and Southwest Airlines have warned that layoffs and furloughs may be unavoidable.