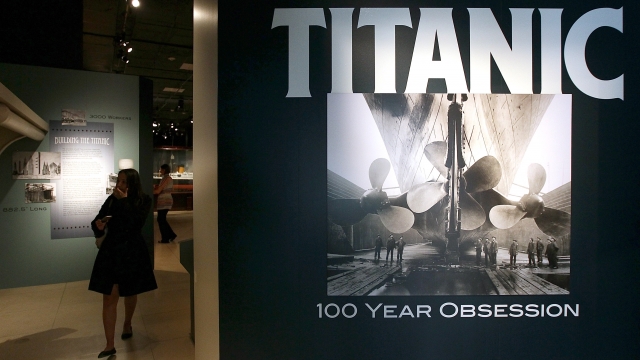 The two countries will now be able to regulate who visits the sunken ship and whether they can remove artifacts.

Over 100 years after its sinking, the wreckage of the RMS Titanic will be protected under a joint treaty between the U.S. and the U.K.

The British Department of Transport said in a statement Tuesday that new legislation will let the countries protect the wreckage and regulate who visits and whether they can remove artifacts.

U.K. Maritime Minister Nusrat Ghani said: "The RMS Titanic is the subject of the most documented maritime tragedy in history. This momentous agreement with the United States to preserve the wreck means it will be treated with the sensitivity and respect owed to the final resting place of more than 1,500 lives."

The treaty was signed by the U.K. in 2003, but Britain's Department of Transport said it will only now take effect because U.S. Secretary of State Mike Pompeo ratified it at the end of last year.

The treaty is the result of decades of attempts to preserve the wreckage since it was discovered in 1985, about two and a half miles below the ocean's surface and 350 nautical miles off the coast of Newfoundland.

Marketed as unsinkable, the RMS Titanic struck an iceberg and sank during its maiden voyage from Southampton, England, to New York in 1912. Of the estimated 2,224 passengers on board, only 706 survived.