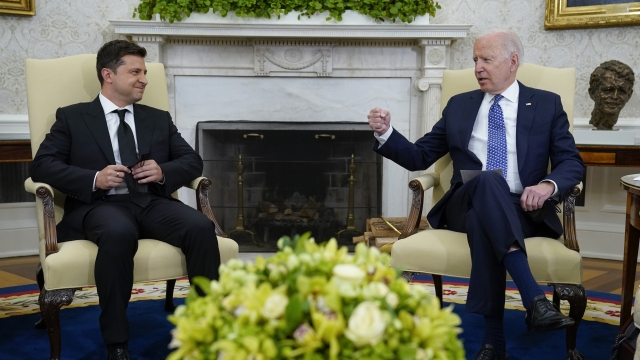 The meeting comes as the Biden administration seeks to reassure U.S. allies after a chaotic end to the war in Afghanistan.

Ahead of the meeting the White House announced a new $60 million military aid package for Ukraine, aimed at countering Russia amid its occupation of Crimea. A White House official also said the U.S. will provide pathways for energy incentives, seeking to offset losses related to the Russian Nord Stream 2 pipeline that will deliver natural gas to Germany via the Baltic Sea—bypassing Ukrainian-controlled gas lines.

The Russian pipeline is something Ukrainian officials have pitched as a major energy and security threat. And it’s perhaps one of the many reasons why the country is seeking to join NATO.

The Biden administration has expressed the need for internal reforms in Ukraine ahead of any official NATO bid. Tensions with Russia are also a major factor. Despite this, Andrew Lohsen, a Center for Strategic and International Studies fellow, says the country has positioned itself as the barrier between Russian aggression and U.S. allies in Western Europe.