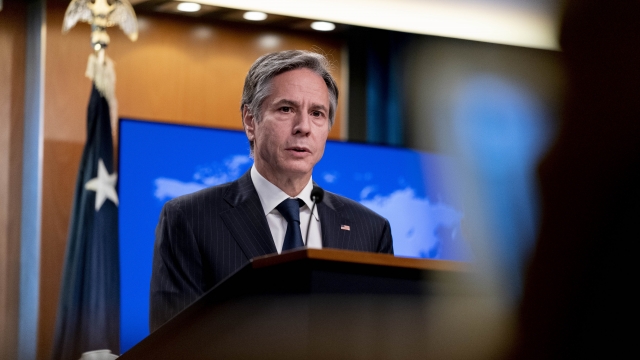 The State Department is sending a top official to meet with Israeli and Palestinian leaders.

The U.S. is trying to end the escalating violence between Israel and Hamas.

Children are among dozens of people killed in three days of rockets and airstrikes in Israel and the Gaza Strip.

Now the State Department is sending a top official to meet with Israeli and Palestinian leaders in an effort to stop things from spiraling into an all-out war.

Secretary Antony Blinken says: "The United States remains committed to a two-state solution. ... We believe Palestinians and Israelis equally deserve to live with safety and security."