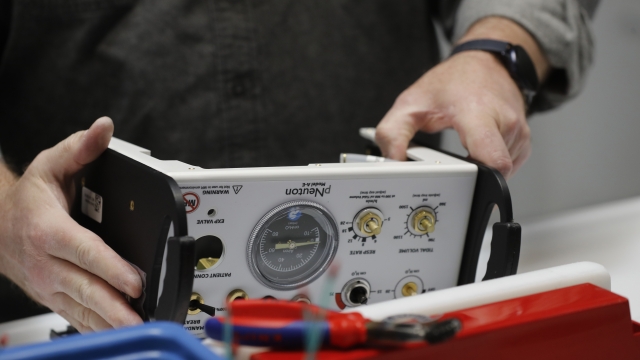 The Department of Health and Human Services says its ventilator stockpile is now full.

And the department said it's canceling some deals to produce more after paying out $3 billion in emergency contracts this spring. The department said it is "saving the U.S. taxpayer millions of dollars by halting delivery of additional ventilators that are no longer required.”

President Donald Trump invoked the Defense Production Act to expand the supply in April. The companies listed in the order were General Electric, Hill-Rom, Medtronic, ResMed, Royal Philips and Vyaire Medical. They have produced more than 94,000 ventilators.

HHS now has almost 120,000 of the machines state and local governments can use. Some Democrats are criticizing the Trump administration for overspending to fulfill the president's promise that the U.S. would become the "king of ventilators."