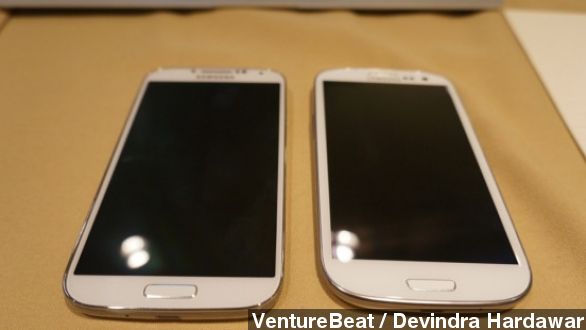 U.S. lawmakers and Samsung were working to create a "kill switch" that would allow owners to deactivate stolen phones, but carriers are rejecting it.

​Smartphone theft is a huge problem. According to the FCC, 1 in 3 robberies in the U.S now involve a phone.

A group of lawmakers think the solution is a "kill switch" built into the device. This would allow users to deactivate their phones remotely. (Via Samsung, KPIX)

But carriers aren't interested. The New York Times reports San Francisco's district attorney has been working with Samsung on such a switch for phones sold in the U.S.

But AT&T, Verizon, T-Mobile and Sprint all reportedly rejected the idea, he says because stolen phones – or the fear of getting your phone stolen – makes carriers money.

"We're talking about a $16 billion a year industry, and about a half of that seems to be attached to the replacement of phones that are being stolen." (Via KPIX)

Not to mention the money carriers make from insurance plans. The Verge adds, ​"These protection plans often cover lost or stolen items, but they almost always demand a high deductible (in addition to a regular monthly fee) when phones need to be replaced."

And those stolen phones are bound to be reactivated by their new owners, driving even more revenue to carriers. Of course, carriers haven't explicitly said it's about money.

CTIA, the group that represents the carriers, warns the kill switch could actually have the opposite effect. It could give hackers the ability to disable customers' phones, even those used by law enforcement. (Via KARE)

Interesting because, as  WJLA reports, "Several law enforcement officials have asked phone manufacturers to create just such a kill switch."

Apple has created something similar. With the release of its latest operating system came Activation Lock. It's a feature that allows users to deactivate a stolen phone from the Web and reactivate it with their specific Apple ID.

Still, CTIA says there is a database law enforcement can use to deactivate stolen phones in the U.S. The New York Times reports, "Several police officials have said that the stolen-cellphone database has been ineffective in deterring crime because many of the stolen phones end up overseas."