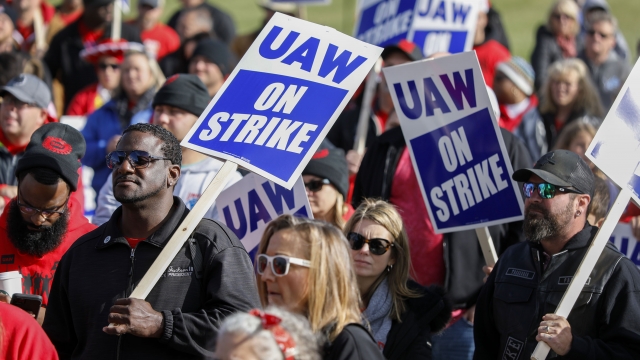 The United Auto Workers' strike against General Motors is over. UAW members approved a new four-year labor contract with GM on Friday.

The strike, which included more than 45,000 UAW union members, lasted for 40 days and reportedly cost the company more than $2 billion.

Multiple outlets report that some union members will go back to work as soon as this weekend.

In a statement, UAW Vice President Terry Dittes said: "We are all so incredibly proud of UAW-GM members who captured the hearts and minds of a nation. Their sacrifice and courageous stand addressed the two-tier wages structure and permanent temporary worker classification that has plagued working class Americans."

The union also ratified a new contract with Aramark on Friday, which provides janitorial and maintenance services to GM's plants. More than 800 Aramark employees had been on strike since Sept. 15.

The UAW said it will negotiate with Ford next.