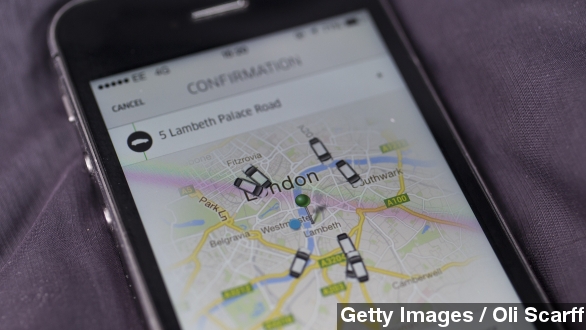 Lyft and Sidecar join Uber as people begin to question and scrutinize the privacy practices of ride-sharing services.

Ride-sharing service Uber has been getting a lot of heat lately for what seems to be a laissez-faire attitude regarding users' privacy.

The company first raised eyebrows with it's internal company tool called "God View" that allows the company to track the location of it's cars and anyone who has requested a ride.

Forbes writes the company has used this feature as a "party trick" at some of it's launch parties in various cities by showing the whereabouts of some users live as they are using the service.

And an executive for the company showed a Buzzfeed reporter a log of all her activities with the company, revealing that Uber has stored information on it's user's travel habits.

In both instances Uber was able to access the information easily and without the permission of the individuals involved, which has resulted in some bad press for the company. But they aren't the only ride-sharing service out there with access to that kind of data.

A Re/code reporter writes that something identical happened to her when working on a story about ride-sharing service Lyft, and a company spokesman showed her her travel history in an effort to answer a question.

As result of these incidents Uber, Lyft and Sidecar, all competing ride-sharing companies, have announced amendments to their terms of services stating that kind of private information is only accessible to employees for "legitimate business practices."

But as GigaOm points out, those policies are slim on the details and still leave some questions unanswered, such as "Is information anonymized for when the data is analyzed to make the system more efficient? What employees need access to user data to do their job and why?"

That Re/code writer who had her activity tracked by Lyft said she didn't think the invasion of privacy was malicious but rather the "adolescent transgression of a young company."

A New York Times writer said the same thing about Uber and the company's mistakes, saying, "It appears to be a company run by juveniles."

Regardless, research done by AppData shows downloads of the Uber and Lyft app have continued the same pattern they have held for previous weeks so it remains to be seen if all this bad press will have any effect.