Uber Teaming Up With Starwood Hotels For Points Program 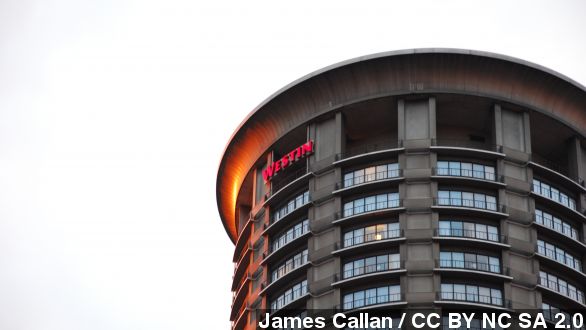 Uber and Starwood have teamed up to take advantage of each other's global presence, letting customers earn reward points with every ride.

It's ride service meets room service as Uber and Starwood Hotels have teamed up to bridge the two global companies with a benefits feature.

Starting Wednesday, Starwood preferred guest members who use Uber can earn points for every dollar they spend on a ride. It's pretty much as simple as that.

Of course, it’ll take a few rides before you earn enough Starwood points to use on anything — anywhere between 3,000 and 35,000 points are required for free one-night stays at various hotels.

Someone looking to earn points will also have to have stayed in a Starwood's hotel at least once in the year as well. Starwood chains include the Sheraton, Westin and the W Hotels.

This isn't the first time Starwood has partnered with a travel-centric business, either. Airlines such as Emirates have similar deals with the hotel chain, albeit a person may use Uber a little more often than they fly around in an airplane.

Still, a ridesharing car service teaming up with a hotel chain kind of makes sense when you think about it — both involve traveling to places where you may not necessarily have a car or house.

Uber and Starwood share 72 percent of the cities they operate in, meaning if you use Uber somewhere around the globe, there's a good chance a person can find a Starwood hotel to stay in.

But for as chummy as Starwood seems to be getting with one disruption service, they've certainly been wary of another — Airbnb. (Video via Starwood Hotels & Resorts Worldwide)

That's because while Uber is cutting into the business of driving services like taxis, the home-sharing Airbnb service is giving hotels a run for their money in the lodging sector.

Airbnb is set to take part in a seminar at the International Hotel Investment Forum this March where the company's head of global strategy will face off with Starwood's CEO in a debate titled "The World is Changing – It Is Ours To Win Or Lose."