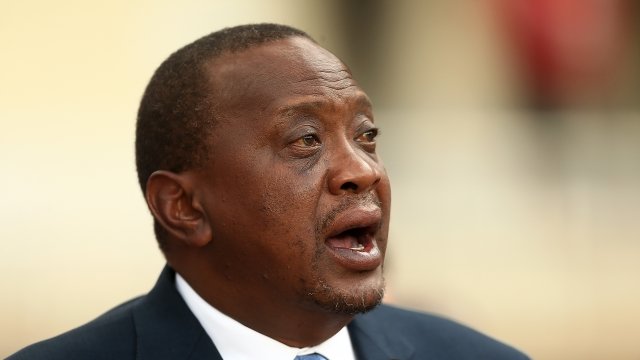 Kenyan President Uhuru Kenyatta pledged to work with the opposition, but his rivals are disputing the election result.

Kenya's election commission ruled Kenyatta won about 54 percent of the vote. His closest rival, Raila Odinga, got about 45 percent.

What was expected to be an easy win for Kenya's president has been complicated by violence and a very bad drought.

But the opposition isn't accepting the results.

Kenyan Sen. James Orengo told reporters: "This has been an entire charade. This is a disaster."

Odinga's supporters say the election results were hacked and accused the commission of covering up the real results. Independent observers have said the election was conducted fairly.

The results have triggered protests and violence in parts of Kenya, raising concerns that the country might be headed toward another spate of the election-related violence that killed over 1,000 people in 2007.