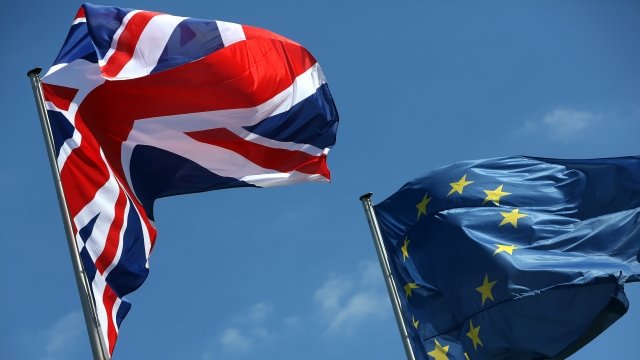 The U.K. and other EU states share a lot of intelligence and security information. That all might go away if there's no deal in place before Brexit.

The United Kingdom is hoping to keep its security connections with the European Union after Brexit goes into effect in 2019.

In a speech on Saturday, U.K. Prime Minister Theresa May said the U.K. would continue to share intelligence if the EU agreed to a pact that would begin in 2019. The deal would likely be unconnected to any other Brexit negotiation.

Right now, the U.K. and other EU countries share a lot of intelligence between a number of agencies. U.K. officials hope the new pact would continue that relationship as closely as possible.

But some officials expressed doubt about the time frame May laid out in her address. One EU official told Reuters a security deal would likely wait until after Brexit was finalized.