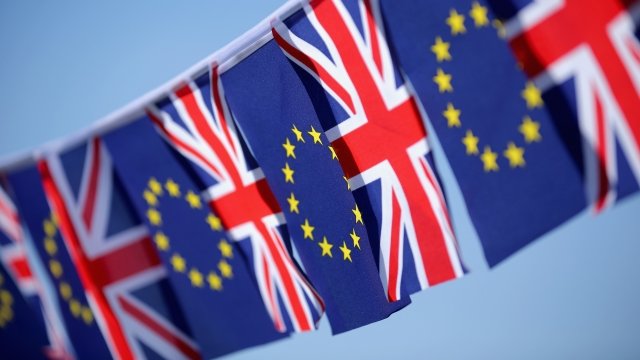 The paper says that the U.K. wants visa-free travel to the EU for tourists and business visitors, as well as easy access for students.

The U.K. government has published its Brexit plan. It's 98 pages long.

Leaders agreed to the plan at a meeting last week.

The so-called "white paper" addresses items including using a "common rulebook" to allow the free trade of goods between the U.K. and the EU, and giving the U.K. more control of its border. The paper also says the U.K. wants visa-free travel to the EU for tourists and business visitors, as well as easy access for students.

But the deal isn't finished yet. The EU's chief negotiator said Tuesday that the Brexit deal is only about 80 percent complete.