The UK Is Back To Sharing Intelligence With The US 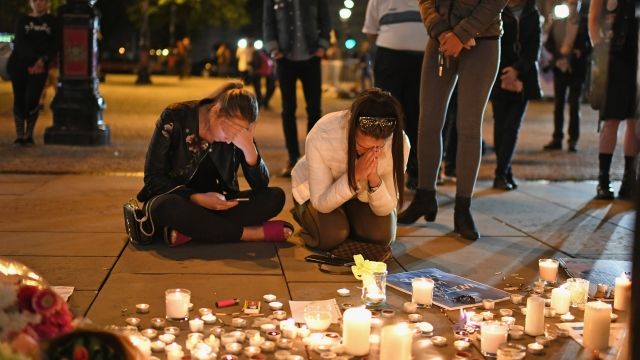 U.K. authorities had stopped sharing information with the U.S. after details about the Manchester bombing investigation were leaked.

The U.K. has agreed to resume sharing intelligence with the U.S.

But hours later, the U.K.'s top terrorism officer confirmed police had received "fresh assurances" and have resumed working with their partners around the world.

According to multiple outlets, police in the U.K. were "furious" when photos of debris from the attack appeared in a New York Times article.

And information about the identity of the assailant and the nature of the attack emerged in the U.S. before British officials released it.

As president, Donald Trump can declassify almost anything.

Unnamed police sources told the BBC the leaks had "undermined their investigation and victims' and witnesses' confidence."

Not long after news of the leaks broke, U.S. President Donald Trump issued a statement promising his administration would "get to the bottom of this."

And British Prime Minister Theresa May addressed the issue with Trump during a NATO summit in Brussels that same day.

"Intelligence that is shared between our law enforcement agencies must remain secure," May said.

At least 22 people were killed and dozens more injured in the bombing at Manchester Arena on Monday. As of early Thursday, British police had arrested eight people in connection with the attack.