UK's House Of Lords Throws Up Another Brexit Blockade 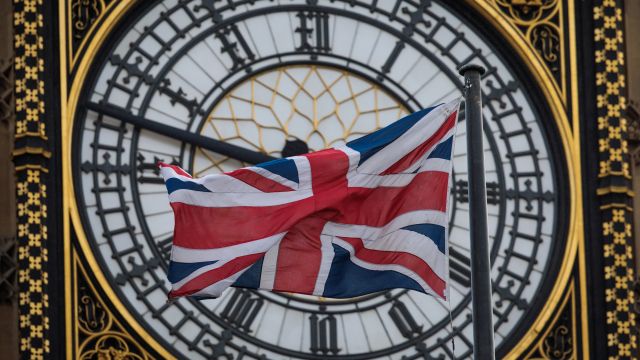 The House of Lords wants Parliament to have a final vote on the eventual Brexit deal separating the U.K. and the EU.

Breaking up is hard to do — especially if you have to ask 800-plus people for permission first.

The U.K.'s House of Lords has once again blocked a Brexit bill that would let the country start negotiating its way out of the European Union with no strings attached.

This time, the Lords voted to give Parliament a veto on the final terms of any Brexit deal before it becomes official. If the U.K. wants to walk away from the EU with no deal, it will need Parliament's sign-off for that, too.

Britain's Parliament Building Needs A Renovation â But At What Cost?

U.K. lawmakers need to decide when and how their deteriorating Parliament building will be repaired. The project will cost billions and take years.

The U.K. government says it's already promised to let Parliament have a vote on the deal. The government argues voting against a deal-free Brexit will only create confusion about the U.K.'s status in the EU.

The revised bill goes back to the House of Commons, which is expected to strike down the changes and send it right back to the Lords. The bill will keep ping-ponging between the two chambers until they can both agree on a final version.