UK Lawmakers Send Theresa May Back To Brussels To Renegotiate Brexit 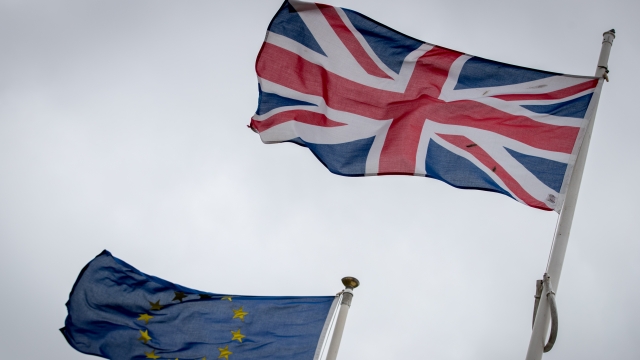 Weeks after British Prime Minister Theresa May's Brexit deal was defeated in a historic vote, the U.K.'s Parliament voted on a series of amendments to her plan.

In a key vote on the Brady amendment, lawmakers backed a move directing May to reopen negotiations with the EU over the controversial Northern Ireland backstop. It's a policy in the Withdrawal Agreement that's designed to prevent a hard border with Ireland after Brexit, even though the EU has said it won't budge on that point.

Next, members of Parliament voted to reject the Cooper amendment, which was previously considered to have a solid chance of passing. It would've postponed Brexit for a few months, giving more time for negotiations.

And an amendment that rules out a "no-deal" Brexit was approved, preventing the U.K. from breaking out of the EU with no deal at all on the March 29 deadline. It's not legally binding, though, so the move was largely symbolic.

Tuesday's vote gives May an idea of what kind of Brexit deal lawmakers are willing to support, but it doesn't give a concrete path to getting there.

With two months left, Labour Party leader Jeremy Corbyn said his group's now ready to meet with May in hopes of clearing up what the opposition wants out of a Brexit plan.