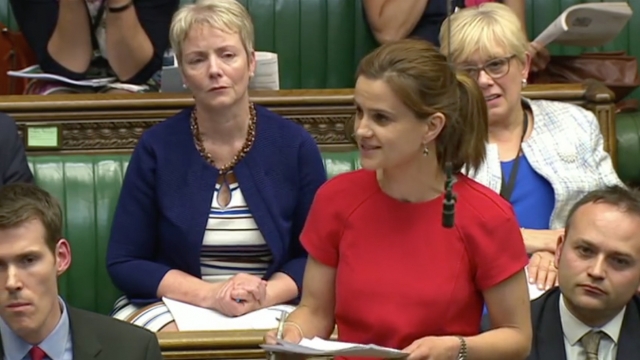 The 41-year-old was a proponent for human rights and Syrian refugees.

Cox was reportedly meeting with her supporters in England at the time. That's when news outlets say witnesses heard a man shout "Britain First" before attacking.

Britain First is a far-right British political party, which was quick to say it wasn't involved in the attack. Cox belonged to the left-leaning Labour Party.

Local police said they arrested a 52-year-old man in connection with the attack. But police had few other details.

Cox's party wants the U.K. to stay in the European Union. On June 23, citizens will decide if they want to stay.

That vote — known as "Brexit" — has both opponents and advocates recently campaigning hard to woo voters.

But with Cox's attack, campaigning has been suspended.