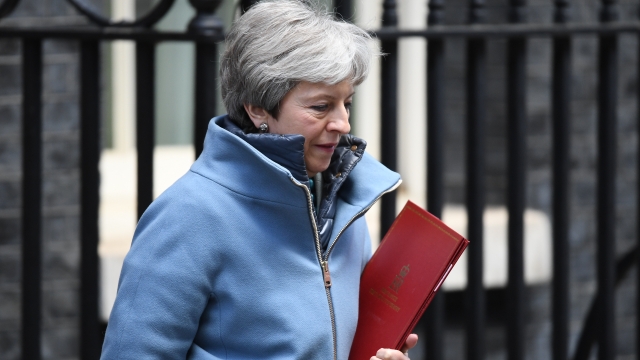 ​U.K. lawmakers passed an amendment Monday that allows them to hold a series of "indicative votes" on alternatives to May's Brexit deal.

Britain's Parliament has voted to take control of the direction of Brexit from Prime Minister Theresa May's government.

U.K. lawmakers passed an amendment Monday that allows them to hold a series of "indicative votes" on alternatives to May's Brexit deal. Those votes will begin Wednesday.

Last week, the EU agreed to postpone Brexit until May 22, but only if Britain's Parliament approves May's deal. If parliament rejects it, however, the U.K. will have until April 12 to let the European Council know what its going to do instead.

May said her government will not support any agreement that comes about from the indicative votes. She said "the votes could lead to an outcome that is un-negotiable with the EU."

The only deal the EU has agreed upon is May’s, which parliament has already voted down twice before.