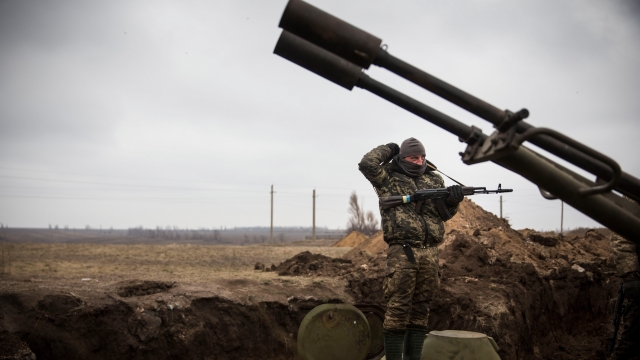 In this special report, Newsy's Liz Wahl travels across Ukraine to see how the embattled country is faring in its long war with pro-Russian separatists and how new American leadership could shape the conflict.

After protests in 2014 pushed out Ukraine's then-president, backed by Russia's Vladimir Putin, the country's pro-Europe factions have been under constant military and economic pressure from Russia. Corruption is still rampant. People are frustrated — at the state of the economy and that reforms aren't happening fast enough. And now a new worry: the uncertainty of working with new American leadership that has put Eastern Europe on edge.