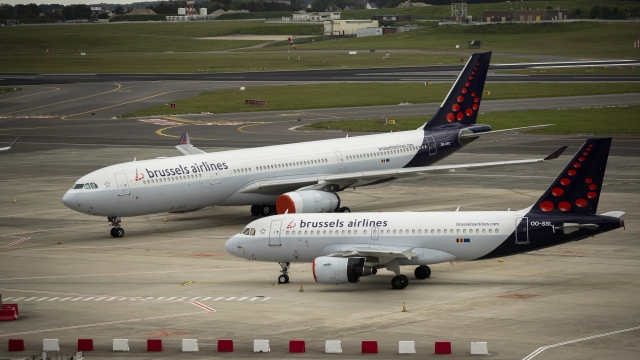 Airlines are trying to shuffle schedules and recoup losses from canceled trips and scuttled flights as Russia continues attacks on Ukraine.

The airline industry is trying to grapple with the airspace over the world's most sprawling country being off limits.

"It's globally connected," said aviation historian Dan Bubb. "It's the ripple effect, if you will."

"What's left, maybe locusts in the sky? Because what else could possibly happen to the airlines?" said airline business reporter David Slotnick.

Now it's coming back to bite travelers on the other side of the world as airlines try to shuffle schedules and recoup losses from canceled trips and scuttled flights.

"Now we're having problems with fuel," said Peter Tarlow, President of the World Tourism Network. "So, you put that all together and you kind of have a perfect storm."

The surviving flights from Europe to Asia are now stretching hours longer than usual to get around Russia.

One flight from Tokyo to London, which is usually about 12 hours, is now lasting more than 15.

Another flight from Helsinki to Tokyo went almost directly over magnetic north. Extra credit to the pilots for that navigation. That's usually an eight-and-a-half-hour flight that took nearly 13 hours.

That's a lot of extra fuel to budget in. And the airlines are already paying exorbitant fees just like we are at the pump.

"At its worst, jet fuel tends to be about a third of the airlines' costs," Slotnick said.

While U.S. airlines won't be flying many Europe-to-Asia routes, they have business agreements with the airlines that do and when those fares go up, so does cost to the U.S. carriers. But it's a small price to pay.

"An airline's first job is to protect its passengers," Tarlow said.

"The good news is that they still need to undercut the other airlines," Slotnick said.