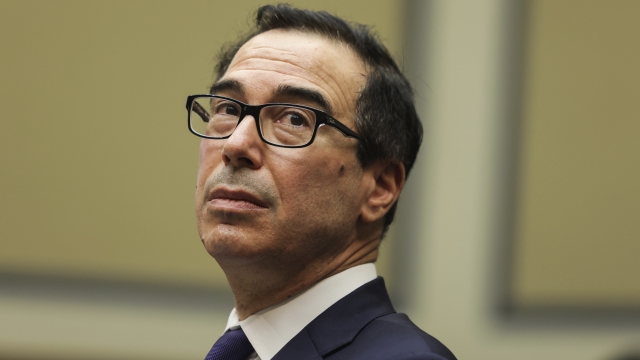 A Ukrainian lawmaker — who met in Ukraine last year with President Trump's lawyer, Rudy Giuliani — is facing U.S. sanctions for an alleged plot to meddle in the 2020 election and disparage Democratic nominee Joe Biden.

In an extraordinary announcement Thursday, the Trump administration said Andrii Derkach was working with Russian operatives in a "covert influence campaign" targeting the November election.

In a statement, Treasury Secretary Steven Mnuchin said: "Andrii Derkach and other Russian agents employ manipulation and deceit to attempt to influence elections in the United States and elsewhere around the world."

CNN reports that Derkach had worked with Giuliani to spread stories critical of Biden.

In May, Derkach released an edited audio recording of former vice president Biden talking to former Ukranian president Petro Poroshenko in 2016. The recording was later re-Tweeted by President Trump.

It was a bid to promote an unsubstantiated narrative that Biden sought to fire a Ukrainian prosecutor allegedly probing an oil company that had employed Biden's son as a board member. But the Obama administration and European allies had long demanded the prosecutor's removal for being soft on corruption.