Ukrainian Plane Crashes In Iran, Killing All 176 On Board 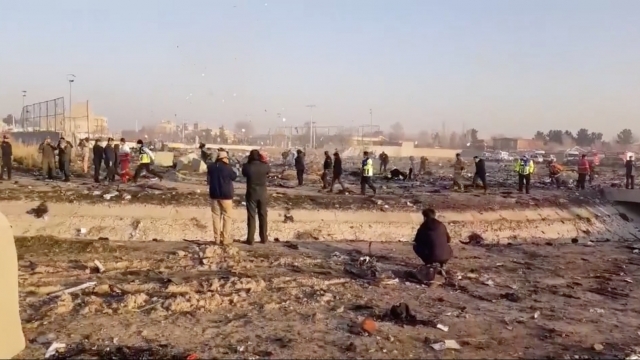 Ukrainian International Airlines said its Boeing 737-800 jet disappeared from radar just minutes after departing from an airport in Tehran.

A Ukrainian International Airlines plane carrying 176 people crashed in Iran Wednesday, killing everyone on board.

The airline said its Boeing 737-800 NG jet disappeared from radar just minutes after departing from an airport in Tehran around 6 a.m. local time. It had been heading for Kyiv.

It's unclear what caused the crash. A spokesman for Iran's Road and Transportation Ministry said there was an engine malfunction. Ukraine's embassy in Iran initially agreed with that assessment, ruling out a terror attack.

But the embassy has since retracted that statement, saying it was not official and the cause of the crash is "being clarified." Ukraine's prime minister said the country has asked to jointly investigate the crash with Iran.

Ukraine's foreign minister tweeted that the majority of people on board the plane were Iranian and Canadian.

The airline said the jet was built in 2016 and had just undergone maintenance on Monday. It's now suspended all flights to Tehran until further notice.