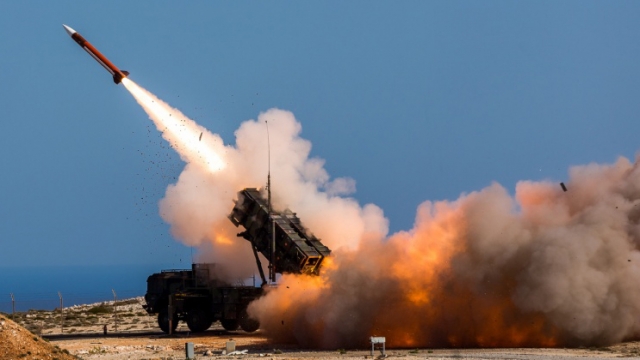 The U.S. has sent billions in military aid to Ukraine since Russia launched its full-scale invasion last year, and now, Ukraine is sending some soldiers to the U.S. for training — specifically to Fort Sill, Oklahoma. That's where 90 to 100 Ukrainian soldiers will be trained on how to use the advanced Patriot air defense system.

In December, the U.S. committed to sending one of the expensive systems to Ukraine. The promise to send a Patriot battery to Ukraine comes after months of intense missile strikes coupled with drone attacks from Russia, mostly targeting civilian-heavy areas in cities or the country's power infrastructure.

Those missile strikes are still very much an issue Ukraine is facing every day. Russia recently hit an apartment building in central Ukraine, killing at least 40 people and injuring 75.

"What happened in Dnipro, the fact that Russia is preparing a new attempt to seize the initiative in the war, the fact that the nature of hostilities at the front requires new decisions in the defense supply — all this only emphasizes how important it is to coordinate our efforts, efforts of all members of the coalition to defend Ukraine and freedom," said Ukrainian President Volodymyr Zelenskyy.

Deadly missile attacks like this are the reason Ukraine has been asking for more advanced air defense systems from the U.S. and its allies since before the invasion even began.

Both the Netherlands and Germany have indicated they'll supply Ukraine with one additional Patriot battery each — something that could help shore up Ukraine's defenses once it has soldiers who are actually trained on using them.

That's still a ways away though; these are complicated systems, and they take time to learn. Plus at $4 million each for the most advanced missiles, they're also extremely expensive.

That means Ukraine is going to have to be pretty judicious on when to actually use the Patriot system versus its own, less advanced air defense systems.