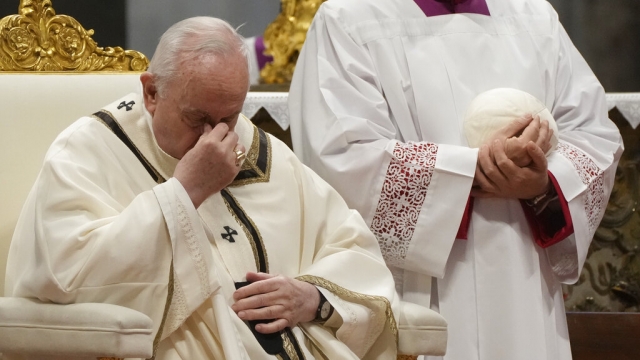 The pope has previously made it very clear he is against Russia's invasion of Ukraine.

Pope Francis is facing some criticism for the Vatican's decision to include both Ukrainians and Russians in a Good Friday "Way of the Cross" procession.

The Vatican has invited a Russian woman and a Ukrainian woman, who work together at a Rome hospital, to carry a cross together during the 13 Stations of the Cross, when Jesus was taken down from the cross.

Ukrainian Catholic leaders, including Ukraine's ambassador to the Holy See and the archbishop of Kyiv, want the Pope to reconsider the move, calling it inappropriate while the war rages on in Ukraine.

The annual event consists of the 14 Stations of the Cross, representing the time from Jesus' condemnation to death to his burial.

The Pope has previously made it very clear he is against Russia's invasion of Ukraine.