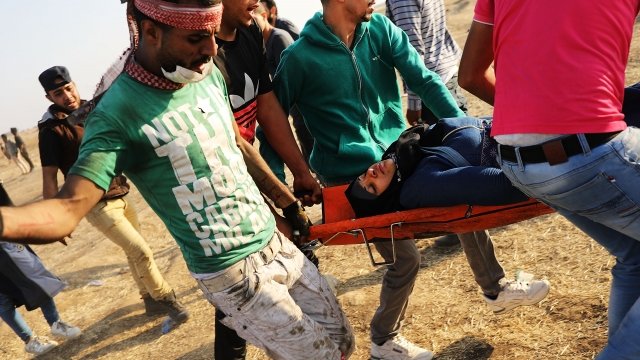 Israeli soldiers used live ammunition against protesters near the country's border with Gaza.

Diplomats met in the United Nations General Assembly to debate Israeli actions against Palestinians. Specifically, discussion focused on recent Palestinian protests along the Israel-Gaza border that led to the killings of more than 100 Palestinians by the Israel Defense Forces, or IDF.

The meeting was held after Human Rights Watch called Israeli actions against Palestinian protesters "war crimes." For several weeks, Palestinians rallied along the border fence every Friday to demand the right to return to lands currently occupied by Israel.

Israeli soldiers used live ammunition against protesters near the fence. The IDF said the response was in line with rules of engagement to disperse a riot.

Algeria, Turkey and the State of Palestine proposed a draft resolution to deplore the violence against Palestinians, end the Israeli blockade on Gaza and renew efforts to negotiate a two-state solution in which Israel and a sovereign Palestinian state would exist side-by-side.

The U.S. proposed its own draft resolution condemning Hamas' actions on the Strip. Hamas governs Gaza and is considered a terrorist organization by the U.S. and others.

The assembly did not pass the U.S.' resolution but did pass the resolution condemning Israel by a large margin.