The UN Wants To Help Colombia With Its Cocaine Problem 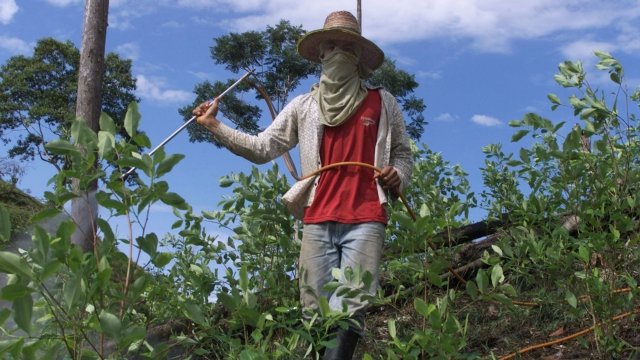 The United Nations signed an agreement — worth around $315 million — to help the Colombian government reduce illicit crops like coca.

Colombia is one of the main drug-growing countries in the world, but that could soon change with help from the United Nations.

On Friday, the U.N. Office on Drugs and Crime signed an agreement — worth around $315 million — to help the Colombian government reduce its illicit crops, such as coca. Coca is used to make cocaine.

Drug overdoses from synthetic opioids like fentanyl skyrocketed in 2016.

One of the main parts of the agreement revolves around "alternative development," which would encourage and compensate farmers to cultivate safer crops like cacao or coffee.

From 2015 to 2016, coca cultivation areas in Colombia increased by more than 50 percent. Some farmers reportedly grew coca to take advantage of the eventual subsidies not to grow it.

The agreement between the U.N. and the Colombian government could impact cocaine use in the United States. According to the U.S. Drug Enforcement Administration, approximately 90 percent of the cocaine samples analyzed in 2015 were of Colombian origin.