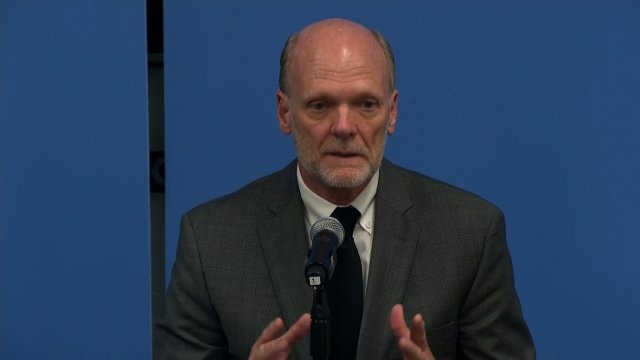 The organization has had mostly American leadership during its 67-year history.

An American will no longer be heading the United Nations' migration organization.

Ken Isaacs, the Trump administration's pick for director general of the International Organization for Migration, was rejected by the organization Friday.

The IOM is involved in major immigration issues around the globe, from helping deal with asylum seekers in Europe to aiding Rohingya refugees in Bangladesh. An American has headed the IOM for most of its 67-year history.

Isaacs had been a controversial pick since the start. Not long after the Trump administration nominated him for the position, the Washington Post dug up some of his old social media posts in which he disparaged Muslims and suggested Christian asylum seekers sometimes deserved preferential treatment.

Isaacs is an executive for a Christian humanitarian organization called Samaritan's Purse. Following the Post's story, he apologized for his statements and said he was trying to provoke debate.

There are two remaining candidates for the IOM position: Antonio Vitorino of Portugal and Laura Thompson of Costa Rica.