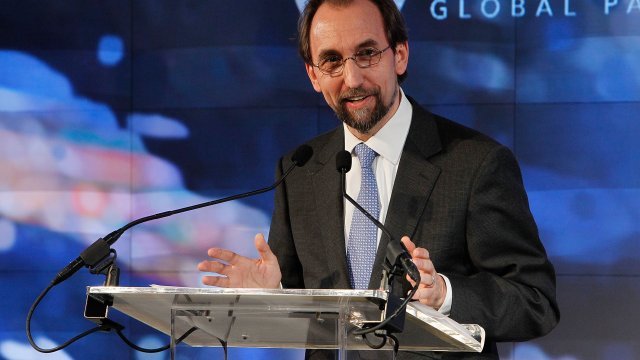 ​Zeid Ra'ad al-Hussein says he can't effectively do his job in this geopolitical climate.

The top human rights chief for the United Nations won't seek a second term, saying he can't effectively do his job in this geopolitical climate.

U.N. High Commissioner for Human Rights Prince Zeid Ra'ad al-Hussein has been openly critical of President Trump and his administration's views on human rights. He's called the ban on travelers from majority-Muslim countries "grossly irresponsible" and criticized Trump's response to the white supremacist rally in Charlottesville.

He's been told to tone down his rhetoric on Trump by U.N. Secretary-General Antonio Guterres who feared losing U.S. support, according to news outlet Foreign Policy.

He has also been critical of Myanmar's treatment of Rohingya Muslims, which the U.S. State Department has said constitutes ethnic cleansing.

Hussein's term ends in September 2018. It's considered unusual not to seek a second term.