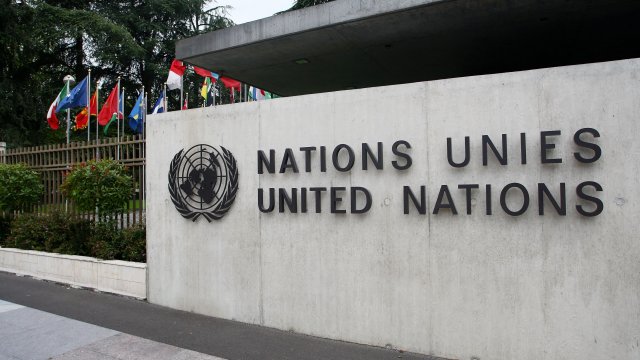 A spokeswoman said at the "absolute minimum," the U.S. needs to make sure safe abortions are accessible in "cases of rape, incest and fetal anomaly."

The U.N. says the U.S. needs to make sure women have access to safe abortions.

A spokeswoman for the U.N. Human Rights Council told Reuters the council is "very concerned that several U.S. states have passed laws severely restricting access to safe abortion for women" and have imposed criminal penalties for the women and the abortion service providers.

She said, at the "absolute minimum," the U.S. needs to make sure safe abortions are accessible in "cases of rape, incest and fetal anomaly."

Several U.S. state legislatures have passed new restrictions on abortion in the past year.

Missouri's governor could soon sign a bill into law that would ban abortions after eight weeks, and Alabama's governor signed a bill into law last week that effectively bans abortion in the state. That bill does not make exclusions for rape or incest but does if the pregnancy could endanger the woman's life.