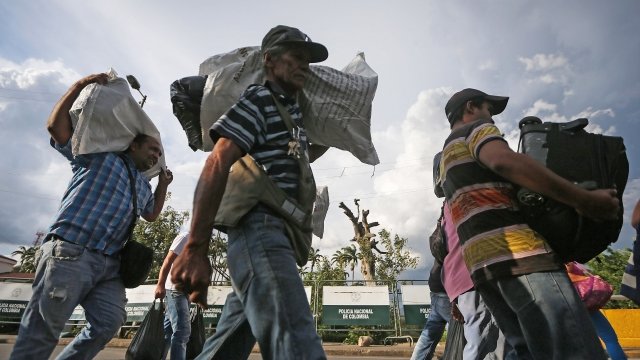 The United Nations is asking the international community to open its borders to Venezuelan migrants fleeing the country's ongoing economic crisis.

The U.N. High Commissioner for Refugees called on countries to allow refugees "to access safety and seek asylum."

Inflation has skyrocketed in Venezuela and is estimated to hit the 1 million percent mark by the end of the year.

To combat that, President Nicolas Maduro rolled out a new currency worth 100,000 of the "old" currency. The country also launched a new petro cryptocurrency to help stabilize the country's economy. But Venezuelans have been leaving en masse.

According to the U.N., more than 1.6 million Venezuelans have fled the country over the past three years.

But some countries have made it more difficult for migrants to enter. Both Ecuador and Peru recently made changes to their passport requirements, preventing migrants from entering without one.