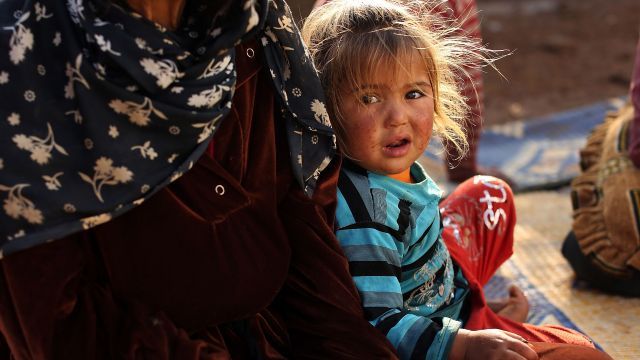 The United Nations is asking for more than ever before in next year's annual appeal for humanitarian funding. But it hasn't yet met its goal for 2016.

The United Nations issued its annual appeal for humanitarian funds Monday, and it's the world body's biggest request yet.

A press release stated the U.N. will need $22.2 billion to support almost 93 million people in 33 countries.

SEE MORE: The Syrian War Through A 7-Year-Old's Eyes

In the past, most of the humanitarian funding was meant to help victims of natural disasters. But one U.N. official told The Washington Post that funding needs are now driven mostly by violence and war.

Next year's funding request is up 10 percent from this year's — despite the fact that the U.N. has only made it a little over halfway to the 2016 goal. Humanitarian organizations are also fighting a record $10.7 billion funding gap.

The optimistic appeal is coming at a time when Western governments feel less inclined to donate.

The U.S. has donated more than $3 billion to the U.N. this year, but President-elect Donald Trump has been skeptical regarding the amount of money the U.S. sends abroad.

"... you look at some of our inner cities. And yet, you know, I watched as we built schools in Iraq, and they'd be blown up. And we'd build another one, and it would get blown up. And we would rebuild it three times, and yet we can't build a school in Brooklyn," Trump told Washington Post reporters.