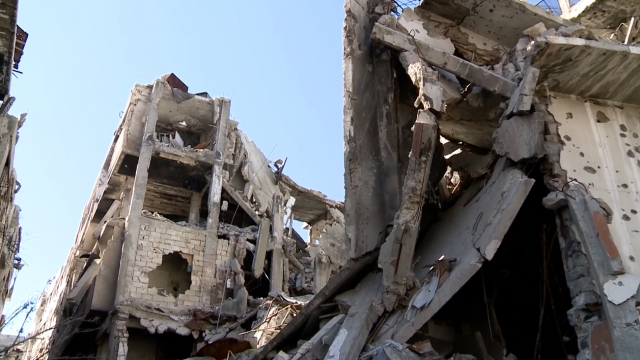 The United Nations is calling for a Syrian presidential election in 18 months, but the regime wants Bashar al-Assad to finish his seven-year term.

The United Nations wants Syria to have a presidential election — but the Syrian regime isn't on board.

Current president Bashar al-Assad was re-elected in 2014 for another seven-year term, but his win was criticized after he snagged nearly 90 percent of the vote using government specified polls.

The U.N.'s special envoy for the Syria crisis wants the country to have a new constitution and governing body. In what he's calling his "plan A," elections would take place in 18 months.

Staffan de Mistura said, "Plan B from me, from my point of view is returning to the conflict and the war."

All of this is hinging on upcoming U.N. peace talks starting Monday in Geneva. Both the current Syrian government and rebel groups will be involved.

These peace talks aim to come up with more of a solid cease-fire, rather than just the U.N.-backed "cessation of hostilities" fostered from a U.S.-Russia agreement at the end of February.

The Syrian foreign minister said the regime would only wait 24 hours for rebel groups to arrive or it would leave the talks.

The foreign minister also said the regime is against "federalization" and said it would reject attempts to talk about replacing Assad through new elections.

The U.N.'s special envoy said because it's possible Russia and the U.S. might back this plan, "there is a higher chance to solve the Syrian crisis."