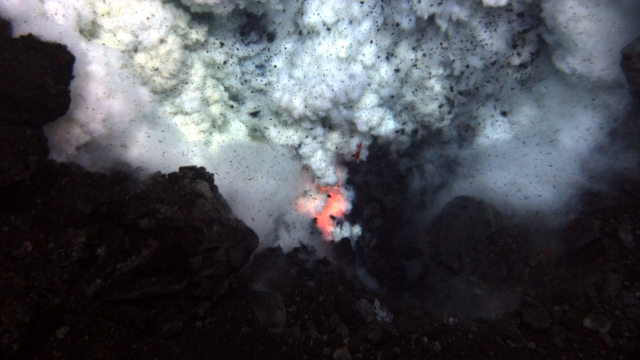 In 2014, scientists installed a string of underwater sensors to gather real-time data about seismic events on the seafloor for the first time. And just a few months after the sensors went online, the Axial Seamount erupted off the west coast of the U.S. Researchers were able to watch exactly how the magma under the volcano moved and deformed the seafloor.

SEE MORE: The Moon Could Be Making Some Earthquakes Bigger

The sensors also detected earthquakes happening more and more often ahead of the eruption — up to thousands of little ones every day. And researchers found they got more frequent during low tide, when there was less water weighing down on faults in the seafloor.

We've suspected tides could help trigger some types of earthquakes for years. The effect isn't huge, but it's enough to measure, and it could be very useful. When tsunamis can cross the Pacific Ocean in just a few hours, every bit of early warning helps.