Understanding Child Marriage In The U.S. 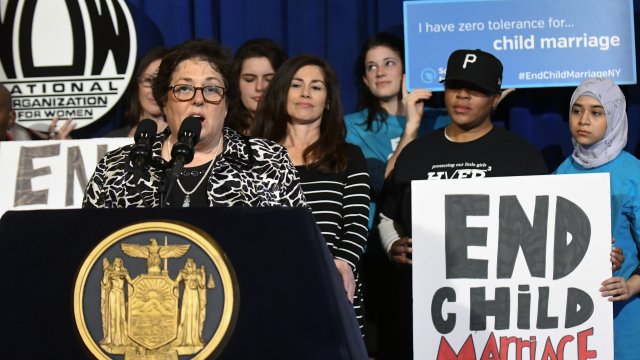 Childhood for many young girls includes play time with Barbie, an easy bake oven or shopping for the perfect dress to wear to homecoming.

But for thousands of girls navigating adolescence there’s also the possibility of marriage.

UNICEF defines child marriage as someone under the age of 18 getting legally married to an adult.

The practice is globally recognized as a human rights abuse.

And it’s still widespread in the U.S. today.

It was only five years ago that every state allowed adults to marry minors in some cases.

The other 44 still allow child marriages, with conditions like parental or judicial consent.

But nine states still have no minimum age at all. In some states children as young as 12 are allowed to marry adults.

Researchers have also warned about the dangers these marriages can pose to young girls.

A study in the Journal of Family Issues found women who were married before 18 are at a higher risk of heart attacks, diabetes, cancer and stroke.

The National Bureau of Economic Research found American girls who married before 19 w ere 50-percent more likely to drop out of school and four times less likely to finish college.

Other studies have found girls who marry under 18 are more likely to live in poverty and be beaten by their spouses.

So if those teens aren’t old enough to get a driver's license, hold a full time job, or join the military, why are they allowed to enter the legally binding contract of marriage?