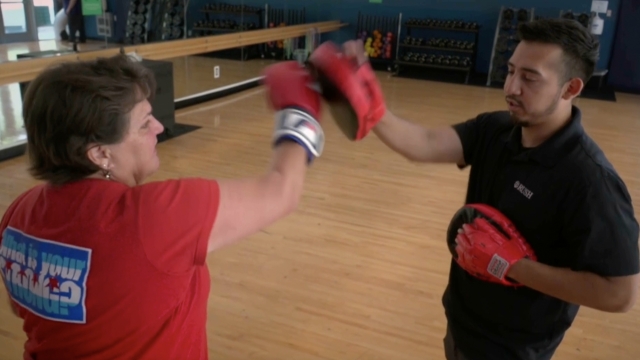 Your emotions and mood can contribute to your physical and mental health. It can affect depression, anxiety and insomnia.

Catherine Renar has Parkinson's. It's impacted the way the former athlete saw herself.

"I have come to terms with I am not as physically strong as I once was," she said.

She signed up for a Parkinson's foundation study that looks at boxing and motor function.

The boxing helped her movement. She says it also put her in a good mood.

"You've done this before," said Renar.

Science's understanding of our emotions, moods, and minds has grown over the years.

To visualize it we can get help from the Pixar movie "Inside Out." It's a play on how emotions like joy, sadness and anger play out in a person's head.

From a neuropsychologist's perspective, some depictions are spot on.

"We have a million emotions throughout our day in response to every little stimuli that we encounter, every sort of trigger that we see," said Cotton.

Neuropsychologist Dr. Erica Cotton explains emotion and mood are not the same thing.

"Mood is more of a state that a person might get in and that generally lasts for a few hours to a few days and can last up to a few weeks or more. Every time I left there, I was in a better mood," said Renar.

Scientists have traced mood and emotion to a couple of key parts of the brain. First, the limbic system: your hippocampus, amygdala and hypothalamus.

They tell us what emotions to feel, processing and labeling what's happening in the moment. For example, if your power goes out, you might feel scared or angry.

Disability experts say it's common for doctors to misunderstand bodily autonomy, which can impact a person's mental health.

Our frontal lobes regulate emotion. They tell us if a feeling needs to persist. But our frontal lobes aren't perfect. They're not fully developed until our twenties. And that can make them vulnerable when you get sick or skimp on sleep, or when the brain is overworked.

You know that feeling of being wiped at the end of a busy day? Dr. Cotton says that's one way your frontal lobes show they're overworked.

When that occurs, your frontal lobes can't regulate well. And that can be a key contributor to mood disorders like bipolar disorder and depression.

"It's common to have there become an imbalance where our limbic system might become overly active or not be well connected to our frontal lobe so that we're not able to reap the benefits of our frontal lobe down-regulating and generating more appropriate responses. Some simple hacks can help brain strength," said Cotton.

Another option — and this is common in the practice of cognitive behavioral therapy: look at your emotions like you are a scientist.

"It's a data point to help us make decisions and guide our behavior and be effective in the world and for ourselves," said Cotton.

These are data points that Cotton says we can't box in. Because good or bad, positive or negative, our emotions and mood are vital to our health.