Undocumented Immigrants Can Soon Get Driver's Licenses In New York 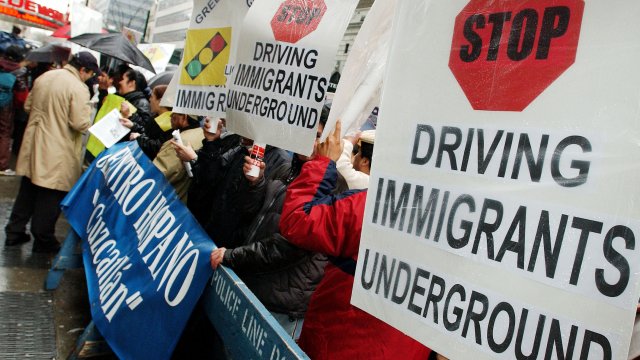 Gov. Andrew Cuomo signed the Green Light Bill on Monday, just hours after it passed in the state Senate 33 to 29.

Undocumented immigrants in New York will soon be able to obtain driver's licenses.

Gov. Andrew Cuomo signed the Green Light Bill on Monday, just hours after it passed in the state Senate 33 to 29.

Cuomo has publicly supported the measure for a long time now. Still, he expressed some last-minute concerns that the legislation may give federal officials information about undocumented immigrants that could lead to their deportation.

But New York Attorney General Letitia James said there are "safeguards" in the bill to avoid that situation, and her office concluded that it's constitutional.

As Newsy's partners at WKBW note, there are 12 other U.S. states that issue driver's licenses to undocumented immigrants. But critics of New York's measure argue it doesn't provide the same protections and restrictions that the others do.