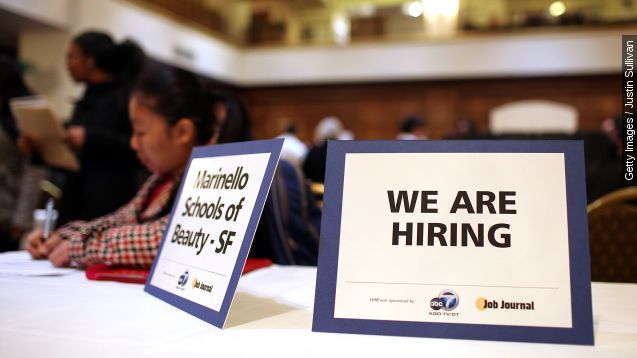 Despite the lower unemployment rate, analysts are worried about a different stat from the June jobs report: average hourly earnings.

The Bureau of Labor Statistics released its June jobs report, and while the unemployment rate went down and the number of jobs went up, the report's numbers did fall short of some predictions.

The BLS report says payroll employment rose by 223,000 jobs in June, but according to Fortune, analysts predicted that number to be closer to 230,000.

As opposed to last month when actual jobs numbers blew the predictions out of the water. New jobs in May rang in at 254,000 while analysts had predicted around 222,000.

Despite the jump in jobs and lower unemployment rate, analysts seem to be worried about a different stat from the June report.

Average hourly earnings remained stagnant in June at $24.95, which amounts to a 2 percent increase compared to this time last year. And according to data from the Economic Policy Institute’s State of Working America report, year over year hourly wage changes haven't risen above 2.5 percent since 2009.

The slow uptick in wages makes it hard for Federal Reserve Chairwoman Janet Yellen to raise interest rates across the country. Interest rates have been historically low since 2008, and while we know Yellen plans on raising the rates, no one seems to know when.

And last but certainly not least, the jobs report shows the labor force participation rate is at its lowest since 1977. As always, some of the drop can be attributed to Americans dropping out of the job hunt, but many believe the bigger factors are baby boomers heading to retirement and fewer high school grads.

"Our population is much older now, so that comparison is slightly misleading. ... This isn't about discouraged workers. This is about the pace of entry into the workforce."

In reaction to the report, the White House emphasized the "economy has added 5.6 million jobs in the past two years, the strongest two-year growth since 2000."

This video includes images from Getty Images and @nop / CC by NC 3.0.