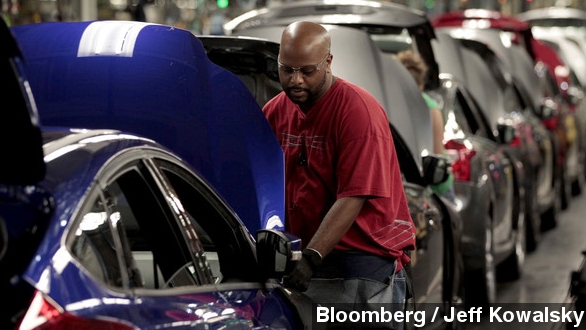 More than 200,000 jobs were added in October, but the unemployment rate still creeped up one-tenth of a percent.

The good news — an estimated 204,000 jobs were added in the month of October. The bad — the unemployment rate still rose — one-tenth of a percent, to 7.3 percent. (Via WWL-TV)

WEWS reported Friday morning economists expected the latest jobs report to be especially weak, but the numbers weren't as bad as expected.

But CNBC reports the underemployment rate, including people who have given up looking for work, went up from 13.6 percent to 13.8 percent in October.

Economists had expected about 120,000 jobs to be added in October, which prompted a Moody's economist to say that 204,000 reported number will likely be lowered in a revision.

Last month's partial government shutdown made it difficult for economists to forecast what the jobless rate would do. In fact, the shutdown caused the jobs numbers to be released a week late.

The New York Times reports the reason unemployment rose while the number of jobs grew was because furloughed government workers were counted as unemployed in a household survey, but as employed in a workplace survey.

An unfortunate milestone was reached with Friday's unemployment numbers. Bloomberg notes the participation rate, or number of working-age people in the labor force, fell to its lowest point since March 1978.

Economists expect November's employment numbers to be affected by the shutdown as well, because employees who were reported out of work in October will be reported on the job in November's report.