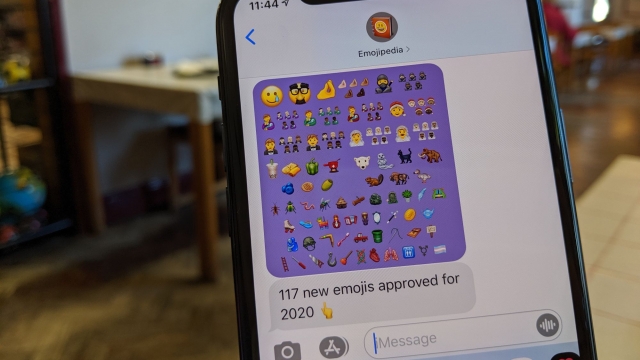 Unicode has approved 55 new gender and skin-tone variations of characters, along with 65 other new emoji.

More than 100 new emoji have been released for 2020, including gender-inclusive and gender-neutral characters.

Unicode Consortium made the announcement on Wednesday. Fifty-five new emoji are gender and skin-tone variations of characters. Many new characters are not clearly meant to depict either a man or woman. They include Mx. Claus — a gender-neutral version of the original Santa and Mrs. Claus emoji — and men, women and nongendered people wearing both tuxedoes and wedding dresses. There are also a man, woman and gender-neutral person feeding a baby with a bottle.

The Emoji 13.0 update also introduces 65 other emoji, which include a transgender pride flag, a transgender  symbol, a polar bear, a bubble tea, a smiley face with a tear, and a tamale.

Emojipedia released its own version of sample images of Unicode's newly approved characters, but that's subject to change. Different platforms like iOS, Android and Twitter usually use different versions of the images.

Unicode released the samples ahead of its March release to give vendors time to work on the coding. It says emoji typically show up on smartphones in the fall, when software gets updated.