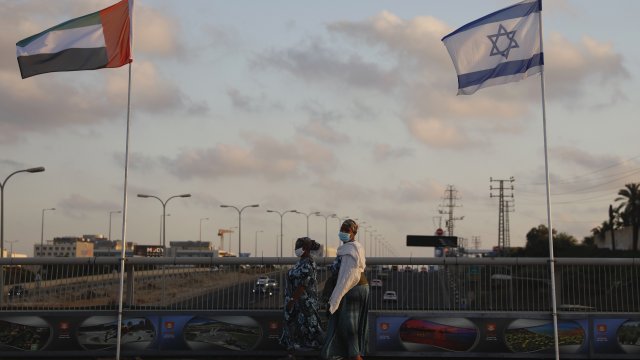 The ruler of the UAE decreed the boycott on Israel would end Saturday — allowing businesses to operate and goods to be exchanged with the country.

The United Arab Emirates lifted a country-wide business ban on Israel as part of a U.S. effort to quell tensions in the Middle East.

The ruler of the UAE decreed the boycott would end Saturday — allowing Israeli businesses to operate in the UAE and goods to be exchanged with Israel.

This decree ends a 1972 law put in place shortly after the UAE's establishment. It mirrored a widely held belief amongst Middle East countries that Israel would only be recognized once Palestinians had a state of their own.

The change comes after a visit from Secretary of State Mike Pompeo — who hoped to broker further deals between the countries. It also delivers President Donald Trump a foreign policy win ahead of the 2020 presidential election.