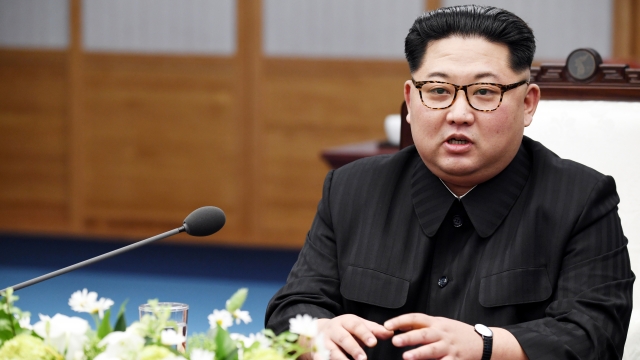 North Korea's nuclear and ballistic missile programs are still "intact," according to a new report from the United Nations.

A U.N. diplomat spoke to CNN about the confidential report from a panel of U.N. experts.

The panel that submitted the report said North Korea is secretly assembling and testing missiles in civilian facilities. This is reportedly an effort to prevent the U.S. from carrying out "decapitation strikes" to take out the country's leadership.

The U.N. diplomat said the report shows evidence North Korea is working to "disperse its assembly, storage, and testing locations."

According to a summary of the report, findings show the country also continues to defy U.N. economic sanctions through "a massive increase in illegal ship-to-ship transfers of petroleum products and coal."

During the State of the Union address, President Donald Trump touted diplomacy efforts with North Korea, saying nuclear testing has stopped and there hasn't been a missile launch in 15 months. He said he plans to hold a second nuclear summit with North Korean leader Kim Jong-un at the end of this month.