United's Got A New Plan For Overbooked Flights 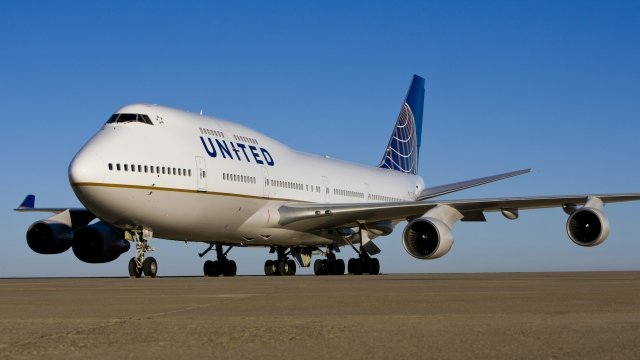 The new plan would result in passengers knowing they've been rebooked on another flight before getting to the airport.

Bloomberg was the first to get the details: If a flight appears to be in heavy demand, United will send emails to passengers titled something like "Are You Flexible With Your Travels to Los Angeles?" up to five days before the flight. If a passenger replies "yes," then he or she could be rebooked on a new flight within 24 hours.

That new flight would be on the same day as the original flight. And rebooked passengers would be rewarded with a $250 voucher.

Passengers must opt-in to receive marketing messages, and it's only available to people who book through United.

This announcement comes after an April one that said United will offer passengers as much as $10,000 to voluntarily take a later flight.

This system could help alleviate one flying headache: overbooking. Passengers would know about changes to their travel plans before arriving at the airport.

David Dao has settled with United Airlines for an undisclosed amount after he was forcibly dragged off a flight.

United's been trying to improve its customer service after a string of public relations nightmares earlier this year.

In April, video showing a United passenger being forcibly removed from a plane sparked global outrage. The airline later revealed that flight was sold out.

A United executive told Bloomberg the email program is less about fixing overbooked flights and more about freeing up seats for people who need them more.

Still, United's been working hard to reduce overbooked flights. An airline spokesman told NBC there was almost a 90 percent "reduction of involuntary denied boardings" in June compared with the same time in 2016.